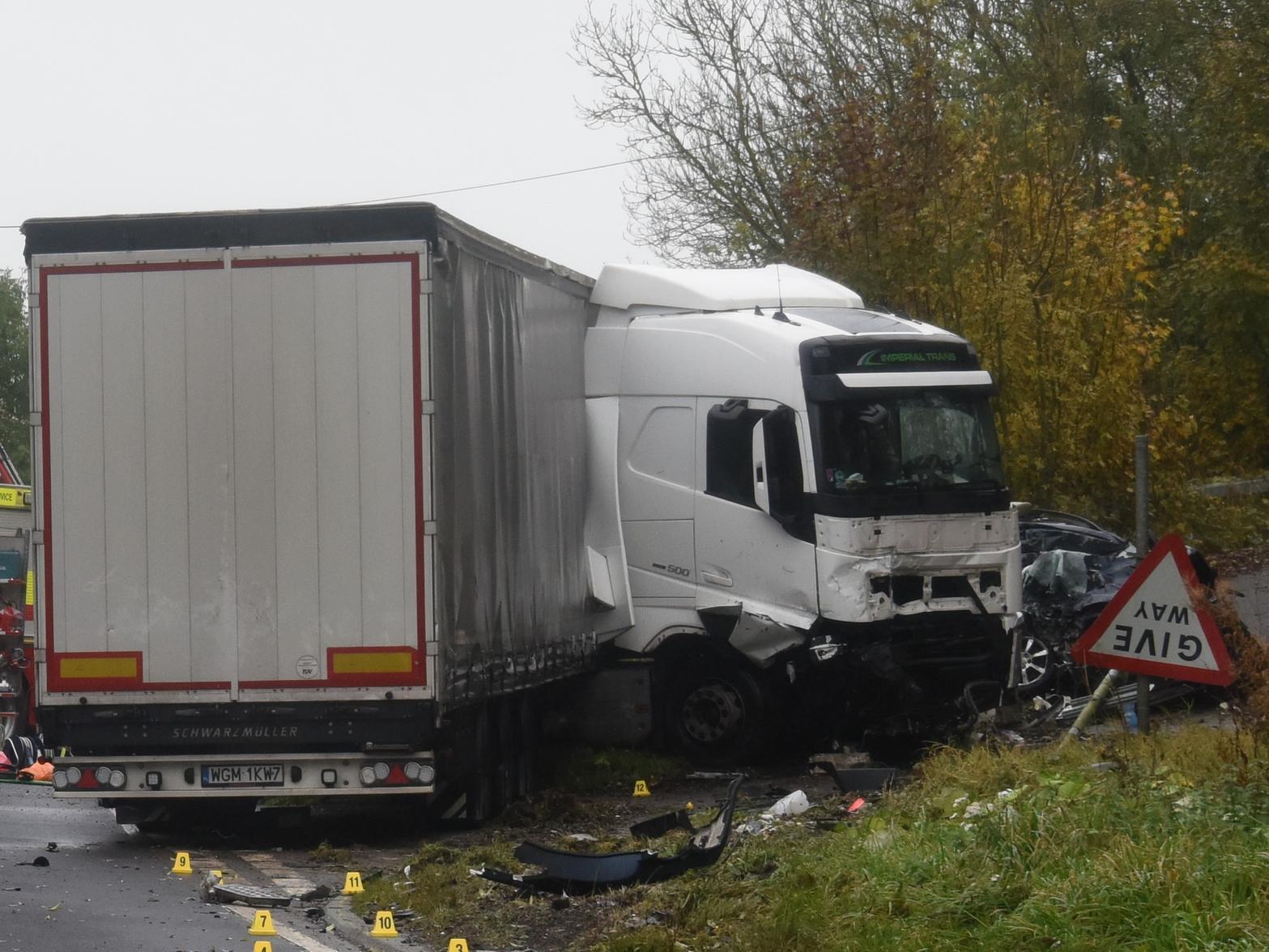 This was the scene after Wierzbicki’s lorry smashed into the Jaguar driven by Jevgenijs Kirilliovs on the A45 near Daventry. Photo: Northamptonshire Police A lorry driver will spend 16 months in prison after killing a newly-wed dad-of-two from Northampton in a head-on smash on the A45 last year.

Piotr Wierzbicki was sentenced on Friday after admitting driving on the wrong side of the road when his LGV hit a Jaguar driven by Jevgenijs Kirilliovs. But a Northampton Crown Court judge cut the expected four-year hail term by a third because Wierzbicki pleaded guilty, reducing his punishment to two years and eight months for causing death by dangerous driving. He will spend half of that behind bars and the other half out on licence.

The i newsletter cut through the noise

He was also disqualified from driving for 40 months.

The father-of-two was driving to work on the first day back from his honeymoon to Lithuania after getting married. In a statement read out in court, Mr Kirilliovs’ wife said: “Not only have I lost my husband but I have lost my soul mate, my best friend and the father of our two children. Piotr Wierzbicki admitted driving on the wrong side of the A45 when his LGV hit Jevgenijs Kirilliovs’ Jaguar

“Jevgenijs was the greatest person and all three of us never went a day doubting his love. He would always spend time with us, his family. We were always his priority.

We lived our lives for our children. “Since his death, all of us have struggled every minute of every day. We have gone through hell and back.

It constantly haunts me that at the time of Jevgenijs’ death, I was not there to comfort him or share a goodbye. The loneliness and sadness we all feel is enormous.” An appeal raised more than GBP4,000 to help Mr Kirilliovs’ family pay for his funeral.

Lead Investigator, DC Ady Tredwell, said: “I am pleased to see Wierzbicki sentenced today, though no amount of time could ever make up for the loss of the much-loved Jevgenijs Kirilliovs. “The court was really moved by the clarity and honesty of Mr Kirilliovs’ wife’s statement this morning. It is so clear how much he is missed, every second of every day.

“Mr Kirilliovs had his whole life ahead of him – he had just got married, had two beautiful children, and lots to look forward to. Wierzbicki’s actions on November 1, 2019, cruelly took this from him forever. “This has been a lengthy investigation which I am glad concluded in a guilty plea so Mr Kirilliovs’ family did not have to go through a trial.

I hope they can take a small amount of comfort from this conviction and my thoughts will remain with them long after today.”