A new food, drink and music festival is coming to the Cornish coast this summer 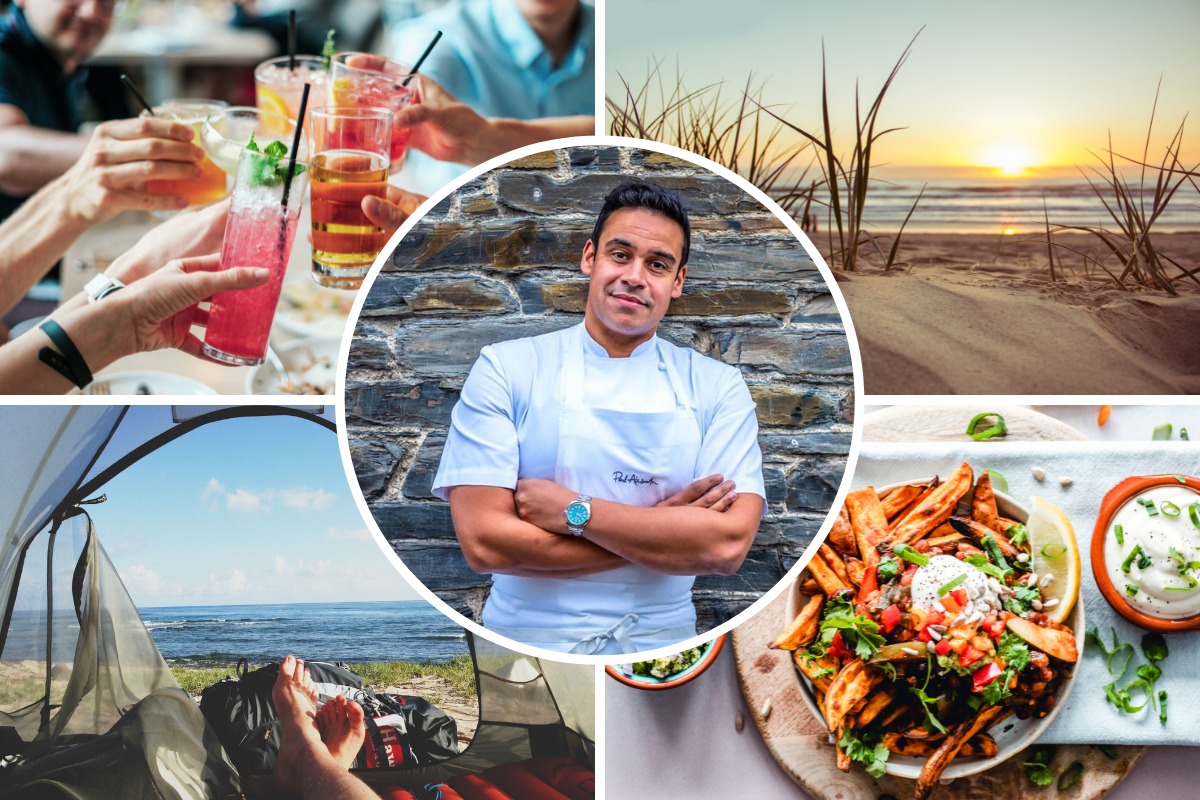 The Travelling Feast festival is the brainchild and creation of Cornwall-based Chef and Restaurateur, Paul Ainsworth, and will be stopping off at some of the most idyllic locations across Cornwall from August 6 – 20. Staycations will be more popular than ever this summer and Paul Ainsworth’s Travelling Feast is hoping to provide the perfect solution for a unique camping festival experience. Headliners include Tom Kerridge’s Humble Pie Truck, Niall Keating’s Paradise Carriage, John Hooker’s Cornish Arms Airstream and James Martin’s Ice Cream Airstream as well as Paul’s very own Travelling Feast food truck.

Plus, the Alfresco Theatre’s Double Decker Bus will be serving dishes from award-winning chefs including Jason Atherton, Atul Kochhar and Rick Stein. Each destination will have its own unique mix of music, comedy, food, and family entertainment, ensuring no two days are the same. There will also be a wide range of street food trucks all hand-picked by Paul Ainsworth himself.

Also joining the convoy for one-off appearances will be some well-known chefs including Tom Kerridge, James Martin, Angela Hartnett and Richard Corrigan. Read Next: Paul Ainsworth, Chef Proprietor of The Ainsworth Collection said: “I’ve always wanted to go to a festival where the food takes centre stage, with great music and entertainment, topped off with a series of stunning locations in one of the most beautiful places in the world – my home, Cornwall.

“To be able to launch Travelling Feast with Chris and the Brand Events team – the best event operators in the business – is so exciting. “We’re all on a mission to create long-lasting, happy memories, as well as showcasing some of the region’s amazing producers and the country’s top chefs. “After the challenging year we’ve had, I think we all need some joy in our lives and hope Travelling Feast will do just that.”

Chris Hughes, CEO of Brand Events, said: “When Paul said, why don’t we get the best chefs you can find and put them in a convoy of food trucks, alongside some of the best bands I can find, throw in a brewery and a few artisan spirits companies to provide the booze and then find the most beautiful spots in Cornwall to set up camp, moving from beach to country estate, inviting the public to join us and gaze out over some of the most spectacular scenery and sunsets this country can offer – I just couldn’t refuse.” In addition to Michelin-starred chefs and street food stalls, there will be drink makers, including Cornwall’s very own Sharp’s Brewery and local producers, all hitting the road with Paul this August. Read Next:

Visitors can purchase day tickets or road trip camping tickets for part of the journey or the whole gastronomic adventure which includes four or five nights camping or glamping at multiple Cornish locations. Road Trip guests will also have additional access to additional intimate festival nights at breath-taking coastal sites, and four evenings of entertainment at each stage of the trip. Also on the cards are yoga, foraging events, boat trips, open air classic films, kids’ movie club and the opportunity to explore at your leisure, the Cornish coastline and countryside by day.

For more details and to gain access to pre-sale, visit travellingfeast.co.uk. Pre-sale opens at 10am, May 27, with general on-sale at 10am, May 28 2021. The tour dates are as follows: