A UK ambulance service is trialling electric rapid response cars in its fleet for the first time.

Three electric vehicles joined the East of England Ambulance Service NHS Trust (EEAST) last month for the start of a two-year trial to learn more about how they can be used to best effect.

They include two Skoda Enyaq iV 80x vehicles which will be used as rapid response cars, attending urgent calls such as cardiac arrests. 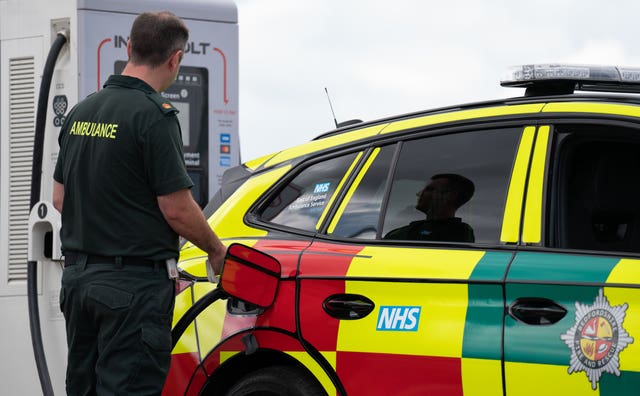 One of the new electric rapid response vehicles, the Skoda Enyaq iV 80x, which is being trialled by the East of England Ambulance Service NHS Trust across the region (Joe Giddens/ PA)

The service, which has a fleet of around 70 cars and almost 500 ambulances, is waiting for technology to advance further before trialling electric ambulances.

Tom Abell, chief executive of the trust, said the new electric rapid response cars are “much faster” than their diesel equivalents.

He said they can do 0 to 60mph in around six seconds, which is about half the time it takes a diesel rapid response car.

They can be charged to 80% in around 30 minutes using the quickest charger. 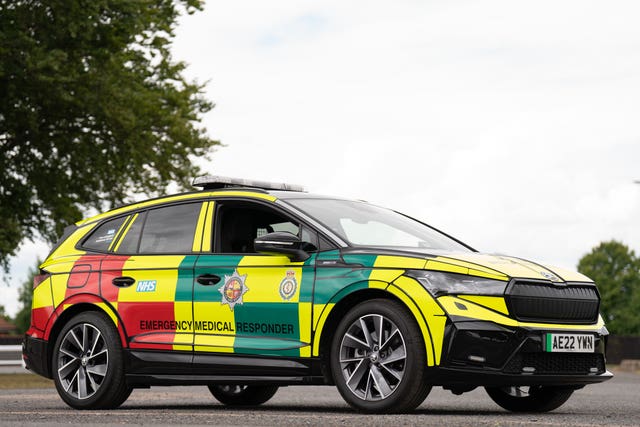 “Clearly the challenge with it is going to be range, but actually in terms of their general performance actually they are superior in many ways and they’re zero emission which is fantastic,” said Mr Abell.

He said the trial will help the service learn what the range of the vehicles will be in practice – how far they can be driven before needing to be plugged in and recharged.

He added that the vehicles have to have specialist equipment installed, “which does consume energy”.

He said: “The east of England is a very diverse geographical area …

We know that this technology works very well in urban areas and cities.

“We need to look at how it will work in more rural communities and what is the charging infrastructure and the ways of working that we’re going to need to put in place in order to be able to support this technology moving forward.”

An NHS England grant of GBP250,000 is helping to fund the trial, including paying for new charging infrastructure. The ambulance service is installing chargers at its hub sites – big sites across the patch – and is looking to roll it out to smaller stations.

It also has a payment card system that allows charging at commercial charging sites.

“The way we work clearly is that we go in and out of hospitals and as part of that our crews will be checking in at stations along the way,” said Mr Abell.

“If we can get the right technology and the right infrastructure in place, that should mean we will be able to keep the vehicles on the road and maximise their up time.”

Introducing electric vehicles to the fleet is part of the NHS’s pledge to achieve net zero carbon by 2045.

Telematics on the vehicles will mean that the level of charge in each vehicle can be seen by control room staff who receive emergency calls and deploy emergency workers to attend. 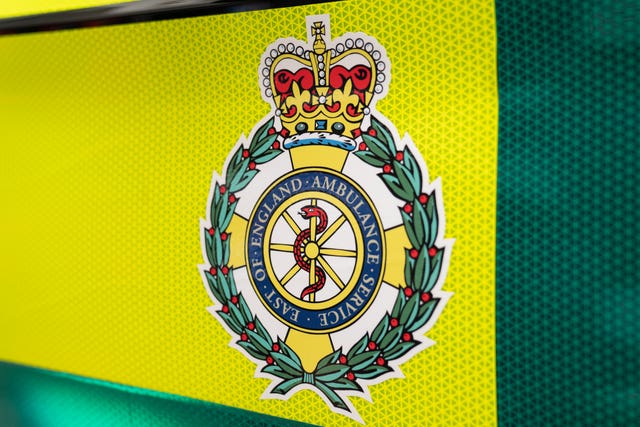 The rapid response cars will also be trialled with community first responders, and with fire service and police partners who may respond to patients alongside the ambulance service.

This is to understand how the vehicles work in different settings.

Mr Abell said he hoped electric ambulances will be trialled in future.

“Electric vehicle platforms are much more established in a car format,” he said.

“Clearly we are starting to see electric vans and electric trucks come onto the market.

“We’re keeping a really close eye on that and hoping we will be able to move on to ambulances in due course.”